The latest news from Martin Dixon Ltd – our work, our people, our success. 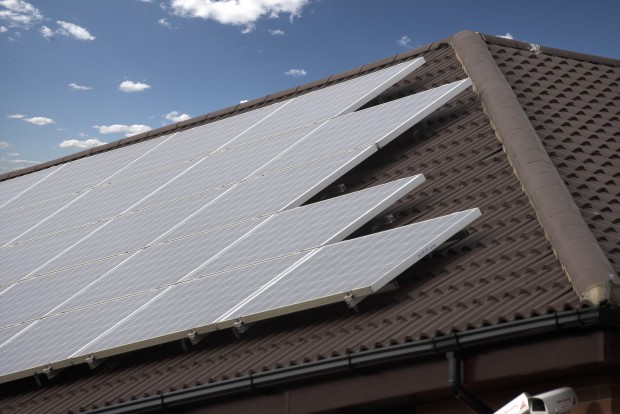 Martin Dixon Ltd has been hailed as ‘an example for others to follow in the renewables industry’ by an influential watchdog.

Since entering the renewables industry at the start of 2014, the company has installed more than 14,000 solar panels across the country as part of more than 900 renewables installations.

However, it has not been the scale of expansion which has brought high praise from the Home Insulation and Energy Systems Contractors Scheme (HIES), which acts as a watchdog for the industry to help customers identify reliable suppliers.

It has been Martin Dixon’s ‘non-pushy’ sales approach, with more than a third of customers (35 per cent) saying the company’s dedication to educating and informing them of all that green energy entails, which influenced their decision to choose the firm ahead of others.

Paul Wingfield, group communications manager at HIES, said such figures are ‘exceptionally rare’ in an industry which many new firms have entered in recent years, stressing that Martin Dixon’s approach was ‘exactly how the industry should promote renewables energy’.

“The feedback we have had over the past year from customers of Martin Dixon Ltd has been exceptional and a testament to how renewables should be sold,” said Mr Wingfield.

“Their approach is an example to all others in the industry, as their sales teams are not using pushy tactics or any sales methods to try and convince people to buy.  They are educating people about green energy, making sure customers fully understand the potential benefits, and letting them make their own choice about switching to renewable energy forms.

“Importantly, and this can be a problem with some in the industry, they are not giving a false impression as to what the customers’ savings and income could be.

“Martin Dixon don’t just sell the top-line figures, they assess individual customers’ needs and ensure they are given realistic figures on which they can make a clear decision about the investment they make.

“That has resulted in a complaints ratio of just 0.31 per cent from all the jobs they have done, an incredibly low figure given the complexities of the industry and all that comes with understanding financing options and feed-in tariffs.”

In order to ensure it helps customers identify the very best renewables companies when turning to green energy, HIES only approves companies adopting the highest standards of installations and service for accreditation.

All members are then continually vetted, with customers questioned after every installation to ensure renewables consumers are satisfied and receiving the best services and support.

Whist enjoying great success in solar panels, Martin Dixon’s team has also increasingly been called upon to build biomass boiler pods at its East Yorkshire base and transport them nationwide.

Business development manager Frank Saunders says all at the business have been delighted with the success of the move into renewables.

“The past 12 months has been really positive for the business, and our commitment to embracing and educating people about the benefits of renewable energy has been key to that success,” he said.

Back to News Articles

Martin Dixon projects we are involved in we find that the quality of there workmanship is excellent and we rarely find any snagging items. Their employees (on site) are very approachable to discuss the works they are undertaking and have great knowledge of the project in hand and services they are installation.

Martin Dixon Ltd were brilliant. They stood out ahead of all other firms we looked at across the country as they could offer us the complete package. It was great to use an established local company with the expertise to deliver this for us, and throughout their time on site they were superb. Financially, the savings and extra income will allow us to run the school for a year at no cost to us.

I was introduced to the work of Martin Dixon at an awareness raising meeting organised by the local NAHT Association. They installed LED lighting throughout the school. The work was promptly carried out during the summer break of 2015, we are delighted with the results. I would have no hesitation in recommending Martin Dixon as a company to fulfil what they promise.

After just having had our LED lights fitted in school this week, I just wanted to get in touch to say thankyou to Martin Dixon for the work you did. All lights are now changed making a massive difference to the lighting within our school and hopefully to our electrical costs! Many thanks for the level of service that you have given us.

Our Latest News See All News

When you need electrical help in Hull, then you deserve the best. That’s why we’re here. Our family-run business has over 30 years of experience with all your electrical needs. You won’t find a business t... Read more

Sprinkler Systems: The Most Effective Solution for Protecting People and Property from Fire

Fire is a real threat to both residential and commercial structures. In fact, fire and rescue services attended to ... Read more